Deprecated functionality: The here described functionality is not supported actively anymore. For a self hosted web version please use TagSpaces Enterprise

Almost since the very first releases of TagSpaces back in the 2013, many users did requested a server based version of TagSpaces. They wanted to use the convenient tagging workflow of TagSpaces on their self hosted Nextcloud/ownCloud or in general WebDAV instances. So starting from today this is possible, TagSpaces can now run on servers and once installed you can access your files from anywhere.

Note Please handle the current status of the implementation is a technology preview, which in our opinion is still not suitable for production use on Internet.

In order to use the hosted version you need a working WebDAV server. The current release was tested with success on ownCloud which is based itself on the sabre/dav WebDAV server. On Ubuntu the installation steps are as following:

Note: If the dialog prompting for the user credentials does not appear and you have running Nextcloud/ownCloud in some other browser tab, you have to logout there and reload the tab running TagSpaces. 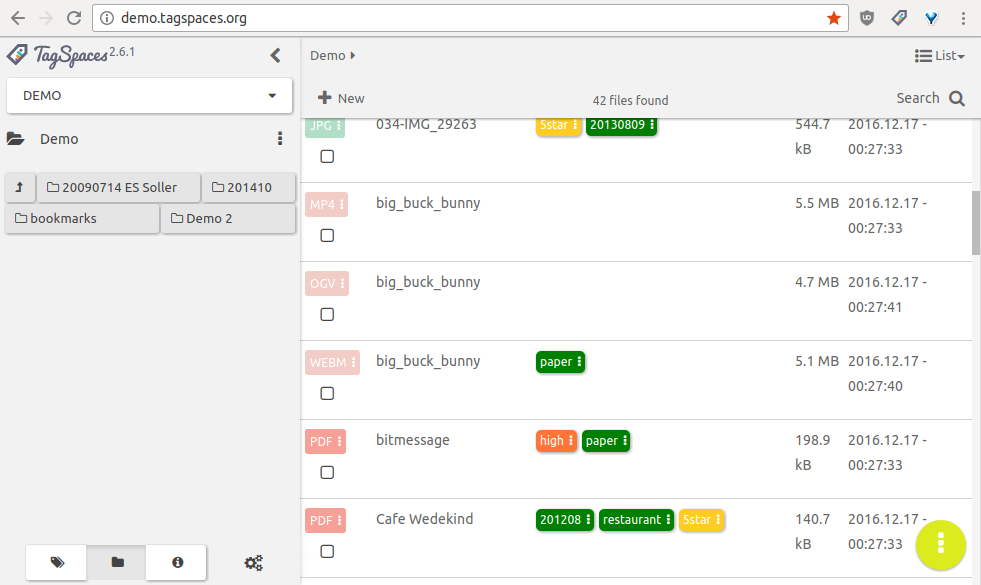 It is interesting to mention that you can open also your ownCloud contacts by creating a location with a path like /owncloud/remote.php/carddav/addressbooks/ilian/contacts. This does not make currently much sense, because you only see a list with VCF files, but who knows perhaps somebody will write a contacts perspective and VCF viewer for TagSpaces some day.

You can experience a live demo of the TagSpaces webdav version on demo.tagspaces.org. The username and password are both demo.

Sharing links to files from the webdav version# 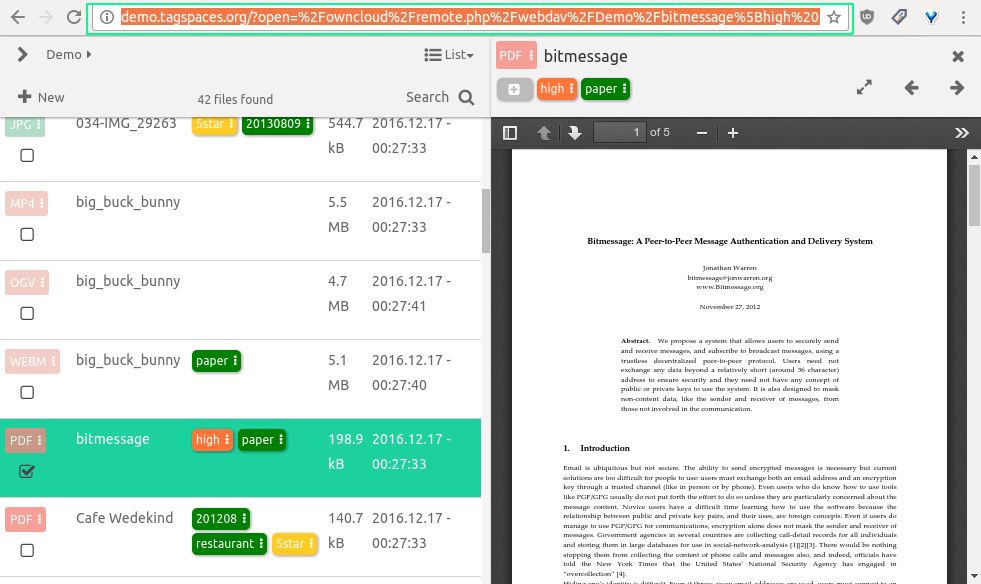 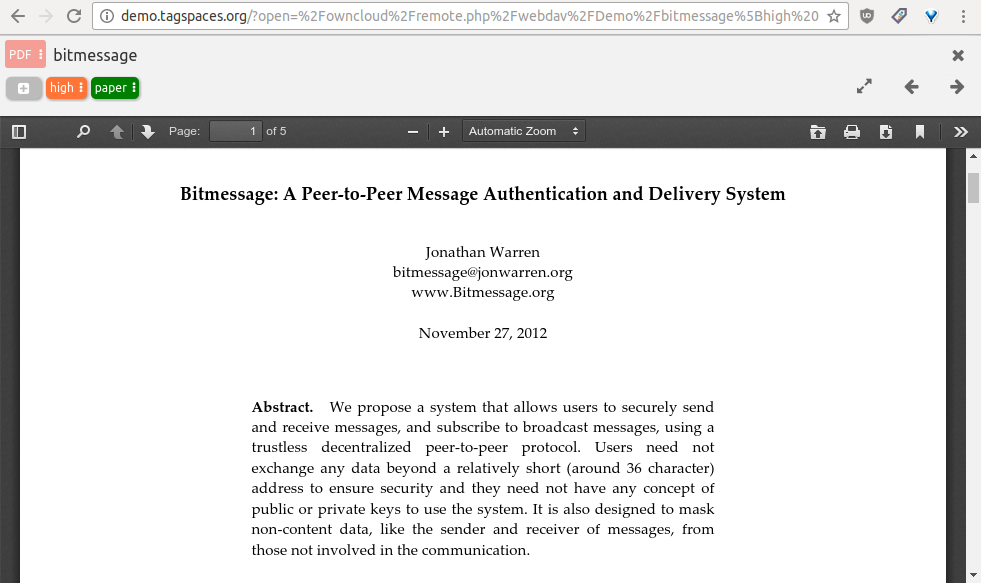 There is a script called webdavserver.js located in the data/web , which can be started with:

This command will start a local node.js based WebDAV server on http://127.0.0.1:8000. Open your browser and enter the following URL:

You will be prompted for user credentials, which are username: demo and password: demo and now you should be able to work with the WebDAV version of TagSpaces.